- AUD higher Vs USD but lower against others on new lockdown.
- As Victoria state shutdown threatens AU third quarter recovery.
- But charts suggest uptrend alive, scope for gains above 0.70.

The Australian Dollar was undeterred from its advance on the greenback by a new 'lockdown' of Victoria state that came into effect Wednesday and the charts are still pointing the antipodean currency higher.

Australia's Dollar had weakened overnight as stocks softened and large parts of the country's second most populous state Victoria re-entered 'lockdown' for six weeks as authorities attempt to estinguish a second outbreak of coronavirus in the Melbourne area, but the Aussie was steadying on Wednesday.

"The nascent economic recovery became more fragile after the Victorian government yesterday announced metropolitan Melbourne and the Mitchell Shire would be returned to lockdown for six weeks. This lockdown means economic activity will collapse in the first half of this September quarter in much of Victoria, as restrictions bite on consumer spending and many businesses close," says Besa Deda, chief economist at St George Bank.

This is after new clusters of infections were found in June, leading to steady increases in the daily number of new virus cases declared nationally from the low double digits last month to more than a hundred each day in the last week.

In the month from June 08 to July 08 total Australian coronavirus infections rose from 7,258 to 8,886, with much of that increase coming in the first week of July and as the global pandemic builds. 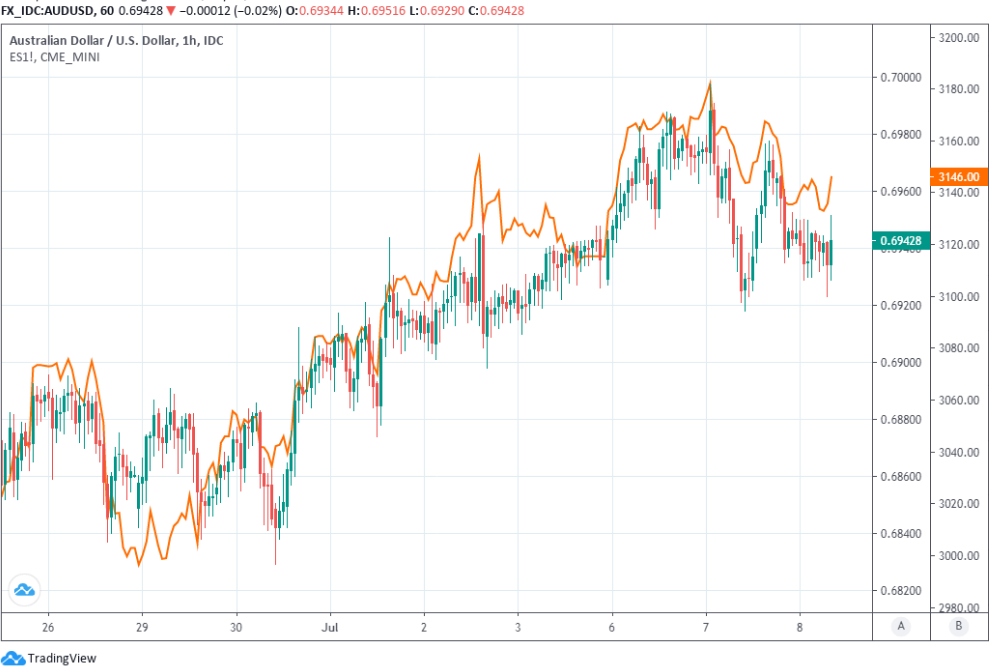 "AUD/USD weakened mildly to around 0.6940 in the Asia session. The deteriorating virus situation in Victoria saw metropolitan Melbourne go back into Stage 3 lockdown for six weeks from midnight tonight (Sydney time)," says Carol Kong, a strategist at Commonwealth Bank of Australia. "The shutdown could shave 1.0% off national GDP growth in Q3 2020.  Local news reported that the New South Wales government is considering imposing new restrictions on towns near the NSW‑VIC border."

Victoria state accounts for nearly a quarter of Australia's economy while the Melbourne area is home to almost a fifth of the national population so the shutdown there is likely to be felt in third-quarter economic data, constraining the economic recovery and potentially weighing on the Aussie.

CBA says a -10% GDP contraction in the state this quarter would shave around 1% off the national number as things stand.

But neither new infections nor fresh lockdown have been able to dislodge the Australian Dollar from its upward trend against the greenback and some other major rivals including Sterling, as the antipodean currency has continued to track stock markets that are consolidating near to their early June highs. 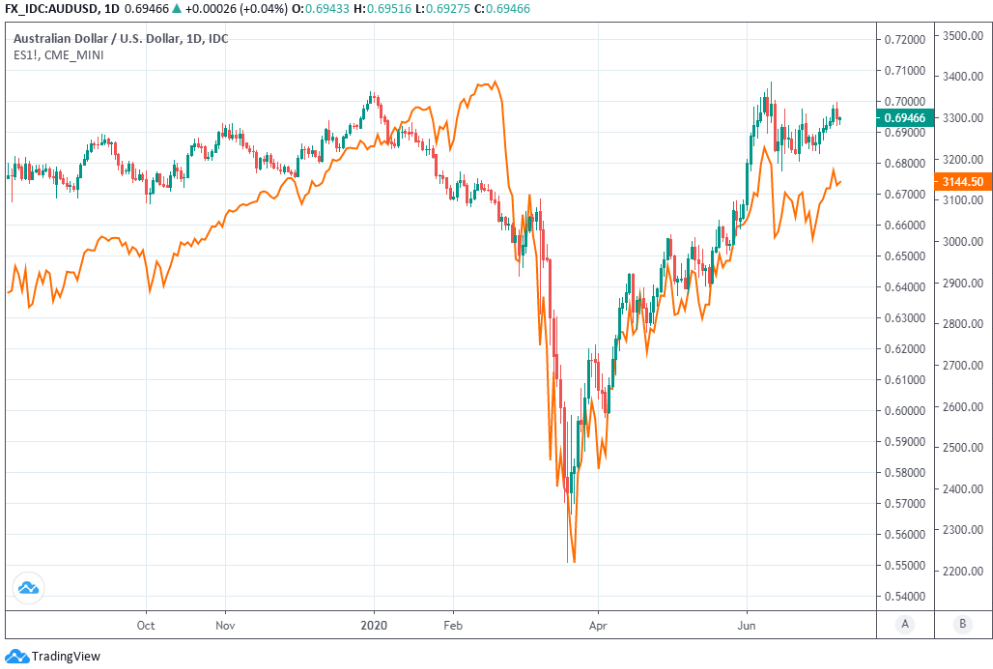 Technical analysts say the Aussie could yet overcome those earlier peaks and move up to target new highs.

"The cross remains in consolidation mode while above support offered by .6778/74, the February high and mid-June low. The .7031/62 resistance area, which consists of the December and June highs, remains in sight. This may cap again but it should be noted that a rise above it would introduce a target of .7284," says Axel Rudolph, a senior technical analyst at Commerzbank.

Rudolph says the Aussie could soon test the .7031/62 resistance area again but sees a move above it as a one-to-three month project for the Australian Dollar, which is in keeping with the message coming from local analysts, some of whome see the Reserve Bank of Australia (RBA) as likely to lean against any AUD/USD moves above their.

The RBA adopted what was seen as a more cautious tone in July statement Tuesday. It acknowledged the economic downturn was less severe in March and April than policymakers had envisaged while noting that retail spending has begun to recover, but the bank also said that uncertainty about the virus and future of the economy is impacting consumption and investment, which could limit the recovery. The bank left its cash rate unchanged at 0.25%, with the three-year yield target also at 0.25%. 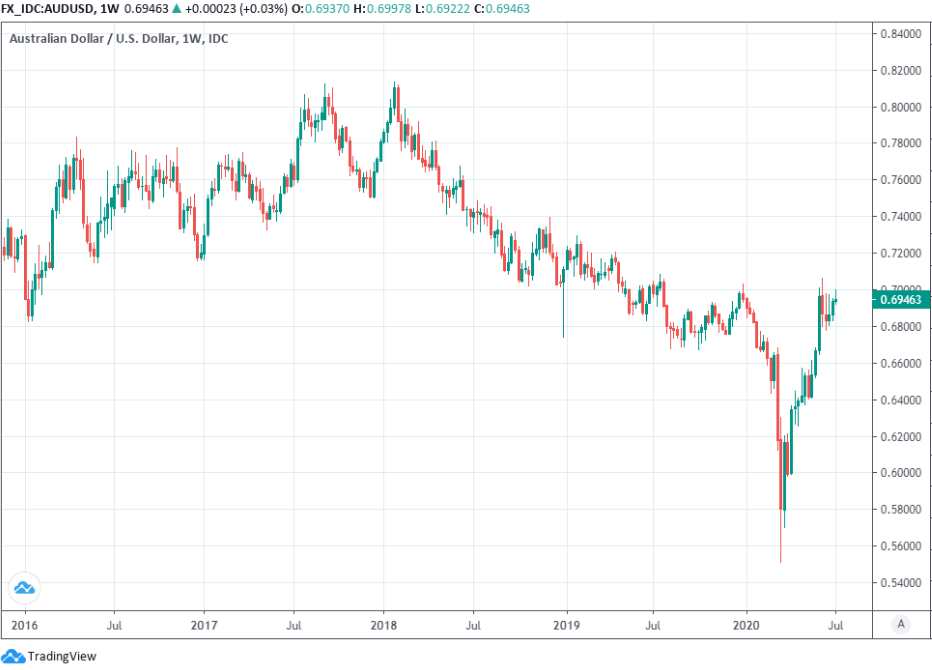