- GBP to be moved by Brexit as AUD eyes employment data.

The Pound-to-Australian-Dollar rate is set to begin trading around 1.8163 this week after closing the previous one around 1.27% higher on Friday, and studies of the charts are pointing to further gains in the days ahead.

The 4 hour chart, used to determine the short-term outlook over the coming week, shows the pair finding support at the major trendline in recent trading sessions before rising sharply. The pair has now formed more than two sets of higher highs and higher lows - a sign it is in a new uptrend.

A break above the 1.8169 highs would probably lead to a continuation up to a target of 1.8330, which coincides with the August highs. 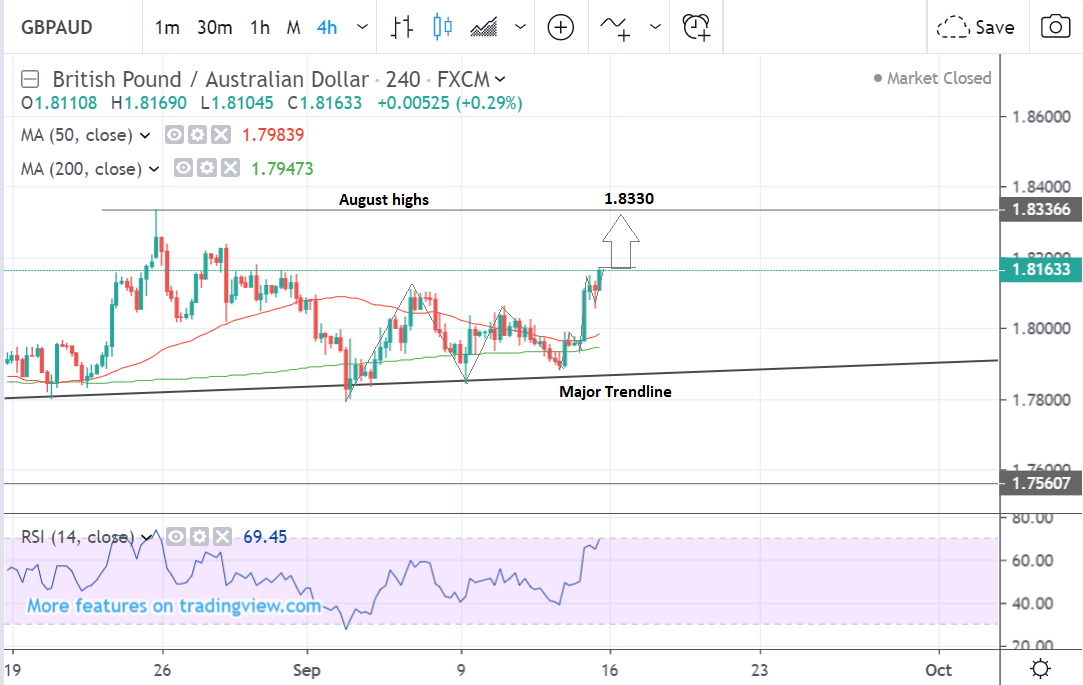 The daily chart shows how the pair has managed to stay above the major trendline since it made a trough low and found support their at the end of July. Sterling has since risen up and touched resistance at the level of the 200-day moving average (MA) around 1.8156.

So far the market has been unable to break above the 200-day average but eventually it will probably be successful. A move above the August highs would likely lead to a continuation up toward a target of 1.8600.

The daily chart is used to give us an indication of the outlook for the medium-term, defined as the next month ahead. 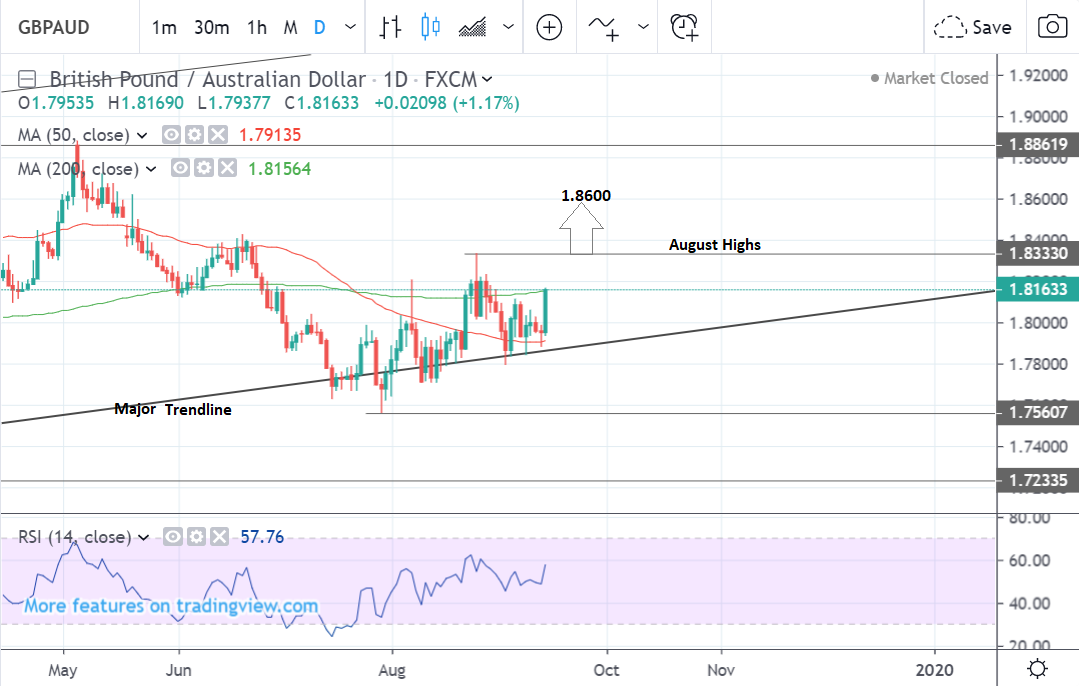 The weekly chart shows the pair probably rising up to the long-term bullish target, which is at the level of the March 2019 highs at around 1.8860. 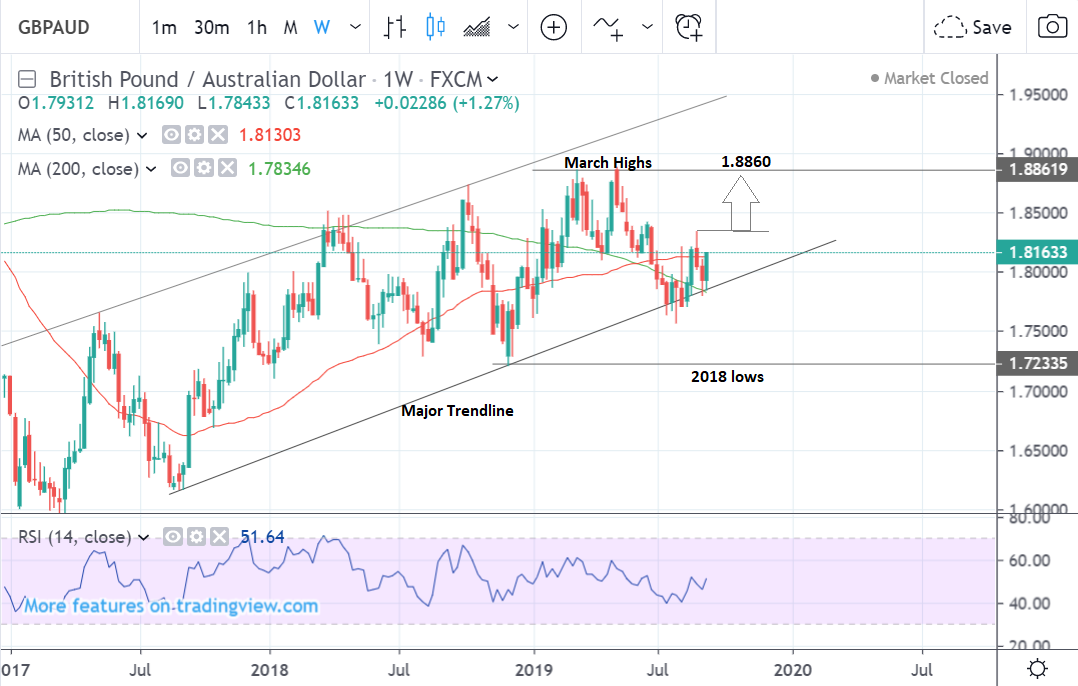 The main release for the Australian Dollar in the coming week is employment data due out on Friday and Chinese data out on Monday.

The data may impact on Reserve Bank of Australia (RBA) policy expectations. If it is better-than-expected then markets may become less pessimistic about the RBA outlook but if the consensus expectation is confirmed then it could all-but seal the deal on another interest rate cut before year-end.

“With the RBA currently on hold after two rate cuts in the summer, a healthy increase in employment in August would suggest the next rate cut by the Reserve Bank of Australia may not come until December at the earliest,” says Raffi Boyadijian, an analyst at XM.com.

The minutes from the RBA's last meeting may also be instructive on the outlook when released at 02.30 on Tuesday, while Chinese data could impact the Aussie  because of the close relationship between the two countries.

Industrial production is forecast to rise of 5.2% for  August when figures are released at 03.00 Monday. This would be higher than the previous 4.8% and could be taken as positive for the Australian Dollar, while a lower than expected reading should be taken as negative.

Global risk aversion has eased after China and the U.S. agreed to delay some of the new tariffs recently aimed at each other's  goods. This has helped support the Australian Dollar and may continue to do so in the week ahead, especially if the Federal Reserve (Fed) is more upbeat about the outlook on Wednesday.