- AUD weakens across board after RBA weighs rate cuts in March meeting.

- CNY data could pick AUD back up Wednesday but rates to weigh in 2019.

- GDP, industrial figures due out amid signs of Chinese economic rebound.

The Australian Dollar softened Tuesday after the minutes from the latest Reserve Bank of Australia (RBA) meeting showed rate setters contemplating the kind of economic conditions that would compel them to cut interest rates.

Australian policymakers became decidedly more cautious in their outlook for the economy and interest rates last month and that showed in the minutes of the March meeting released in the early hours of Tuesday morning.

Policymakers discussed the outlook for the economy and inflation before concluding that there is very little chance of consumer price pressures forcing the RBA to lift its interest rate any time soon. But they said nothing about the odds of a cut when as recently as February the probability of a cut was said to be balanced with that of a hike.

Some analysts appear to believe the change was a subtle message to the market about forthcoming policy decisions. That would be the second change in message in just as many months, because the RBA already abandoned its so-called tightening bias back in February.

"This is in contrast to judgment in the March minutes that “the probabilities around these scenarios were more evenly balanced than they had been over the preceding year.” We might be reading too much into this but we think the small change does matter," says David Plank, an economist at ANZ.

With the consumer price index stuck below the 2% lower bound of the 2%-to-3% target, the RBA has been attempting to encourage a pick-up in these underwhelming inflation pressures for a number of years now. The bank's cash rate has been at a record low of 1.5% ever since August 2016.

RBA rate setters need either faster wage growth for Australian households, or faster economic growth, in order to get the consumer price index back into the target band. But with the housing market in meltdown mode and the global economy softening, there's little hope among economists of either of those things happening any time soon.

The RBA said Tuesday that it would take a scenario where inflation did not move any higher and the unemployment rate "trended up" in order for the bank to actually go ahead and cut its interest rate. The latest employment and inflation figures will be released this month.

"The RBA minutes clearly indicate that they are willing to cut the cash rate and have set out the conditions that need to be fulfilled for it to occur. We are encouraged by this new detail, and continue to believe the RBA will cut the cash rate in August and November this year," says Bill Evans, chief economist at Westpac. 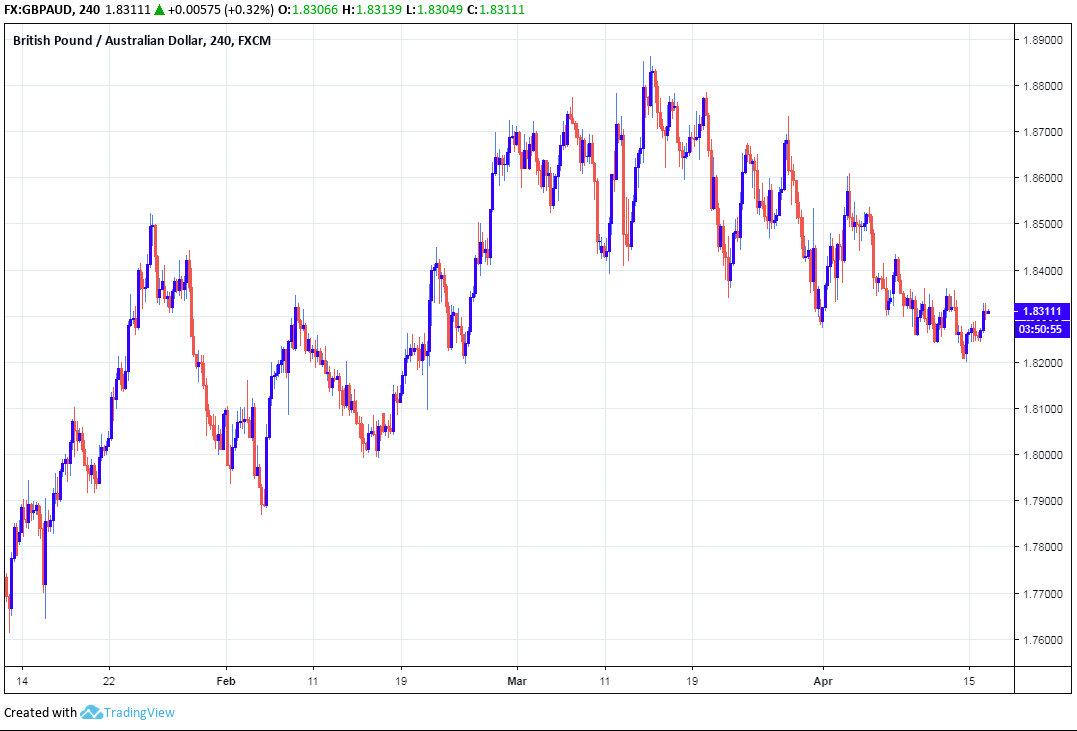 Unemployment and jobs figures for the month of March will be released on Thursday and the first-quarter inflation report will be published on April 24. Markets are looking for jobs growth of just 15.2k to follow the meagre 4.6k new jobs that were added in February and for the unemployment rate to reverse its recent fall by rising back to 5%.

There is no consensus estimate available for the first quarter inflation report although the consumer price index eased lower during the final quarter of 2018, dropping to 1.8% after having coming in at 1.9% in the third-quarter.

The trimmed-mean estimate of inflation was 1.8% and the weighted median number came in at 1.7%. All measures are still beneath the 2% target, as they have been for much of the time since 2014.

Plank says the RBA's comments on the labour market could all but rule out a cut in May, because the bank has said it would take a "trend" of rising unemployment to force it into action. But it's a different story with the inflation data.

"We think the CPI remains important, however. The rate cut scenario discussed in the Minutes refers to inflation not moving higher. A material downward move in inflation could force the Bank’s hand as early as May. We see the Q1 CPI release on 24 April as a much more important release for the May meeting," says ANZ's Plank.

The Australian Dollar was softer on Tuesday as markets responded to an apparently increased risk of a rate cut being delivered by the RBA over the coming months. Markets are eyeing the August 06 interest rate meeting for an initial cut and are also speculating heavily the RBA will slash rates again in November or December. 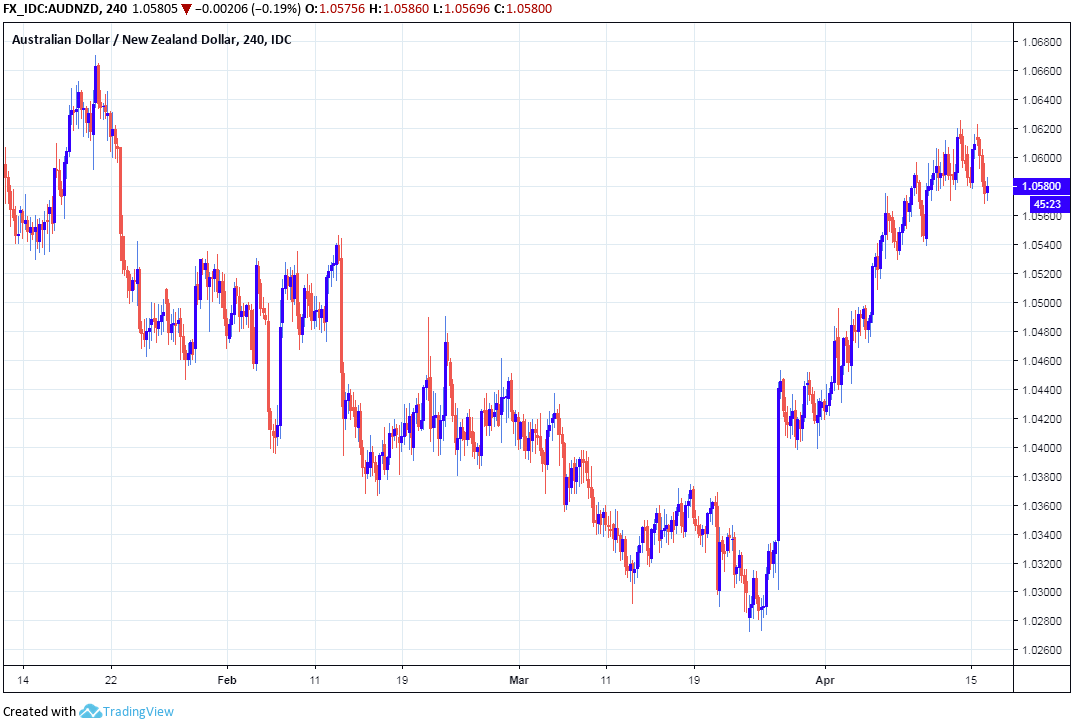 The market-implied cash rate for August was just 1.29% Tuesday, in line with the 1.25% that would prevail following a cut, while for December it's just 1.15%.

Changes in this rate will influence the Aussie  over the remainder of 2019 but for now, traders could soon turn their attention toward Chinese economic numbers due out in the early hours of Wednesday. First-quarter GDP and retail sales as well as industrial production figures for March will be released Wednesday.

Lignos has recommended that clients of RBC buy the AUD/NZD rate this week, targeting a move up toward the 1.0780 level, because that exchange rate would rise if the Chinese economic numbers are good and if first-quarter Kiwi inflation data due out overnight also disappoints.

New Zealand has a similar problem to Australia with inflation and both economies as well as currencies have been hobbled in the last year by deteriorating sentiment toward China, following the trade war with the U.S.

However, efforts by the government to stimulate growth in the wake of the tariff fight may be beginning to bear fruit. People's Bank of China data showed last week that loan issuance doubled during March, while the trade surplus also picked up. Surveys have also suggested this year that the manufacturing sector has exited recession.

Such developments around the Chinese economy are likely to be positive for the Renmimbi, which is up more than 2% against the U.S. Dollar this year. And the Aussie Dollar follows the Renmimbi closely. 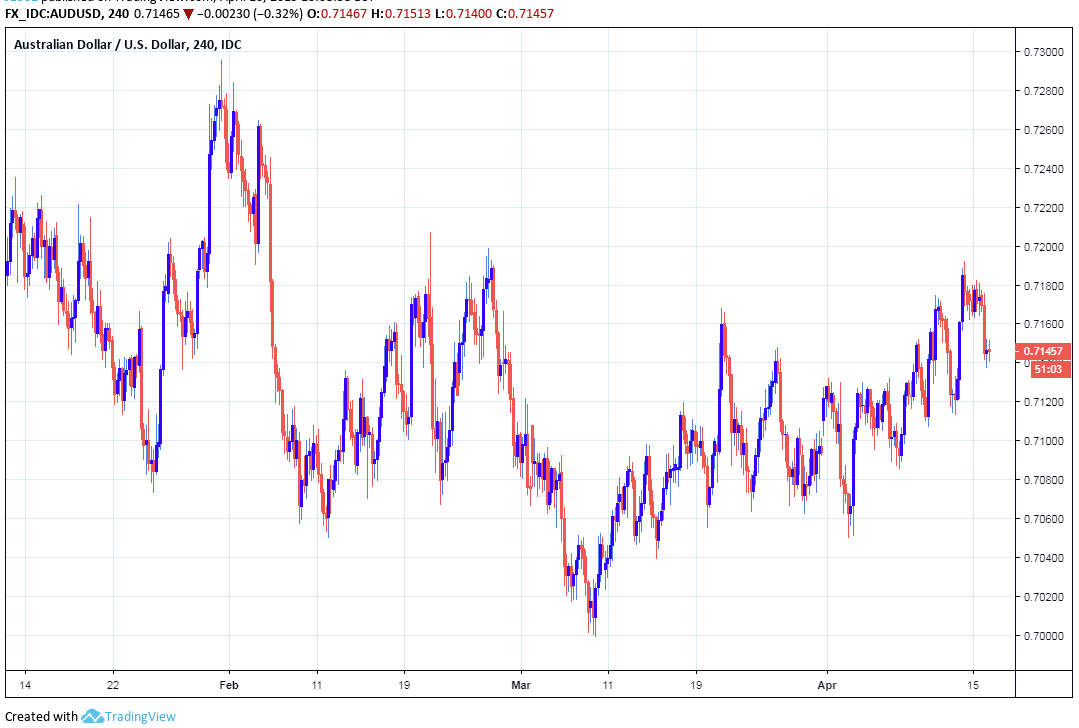