- But analysts and market still look for rate cuts this year.

The Australian Dollar was buoyed Wednesday after the Reserve Bank of Australia (RBA) appeared to back away from previous comments that suggested it was shifting to a so-called easing bias, although not all analysts were convinced by the speech and some are still sellers of the Antipodean currency.

RBA assistant governor Guy Debelle noted on Wednesday the paradox of a rapidly decelerating economy that is underpinned by a labour market in rude health. GDP growth fell sharply late last year but the unemployment rate has continued to decline amid high levels of job creation in the economy.

"Businesses continued to invest through the end of 2018 and have continued to hire into 2019. Why would they do this if growth in economic activity has slowed so much? Moreover, while employment has continued to grow strongly, forward-looking indicators of labour demand suggest future employment growth will remain solid," Debelle says, in an address to the Adelaide Business School.

Most economists say the jobs market is a lagging indicator that merely follows activity in the rest of the economy, which explains why so many of them have come to anticipate interest rate cuts later this year from the Reserve Bank of Australia. The RBA said in March it would cut rates if unemployment saw a sustained increase.

"AUD lifted because Debelle did not hint the RBA had moved to an easing bias. In last Tuesday's statement the RBA changed the wording of the last paragraph. Some market participants considered the change in wording a hint of a possible cut to the cash rate at upcoming meetings. Today's speech did not confirm this view," says Joseph Capurso, a strategist at Commonwealth Bank of Australia.

The RBA said last week that it will "continue to monitor developments and set monetary policy to support sustainable growth", after leaving its interest rate unchaged at the current record low of 1.5%.

That was an additional line tacked on to the end of the usual policy statement, and one that led some analysts to speculate that the bank was gearing itself up to cut interest rates for the first time in nearly three years.

The bank had already shifted to a so-called neutral bias in February when it said the next move in rates could be either up or down and that a sustained deterioration of the labour market would likely trigger a cut. 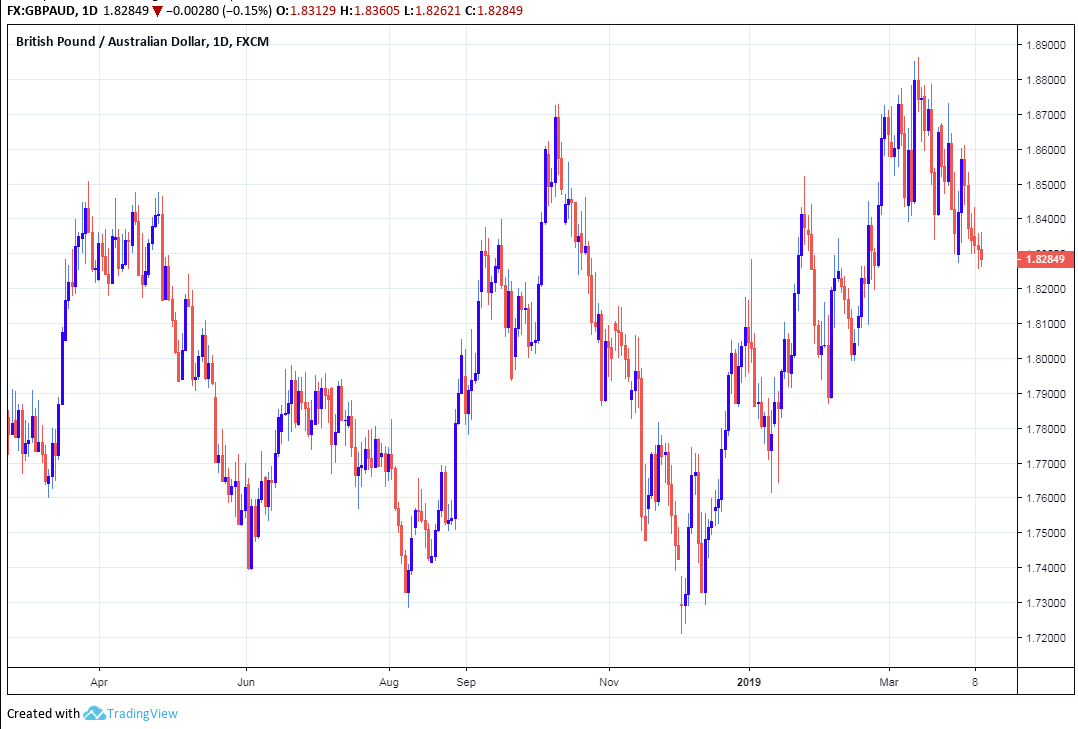 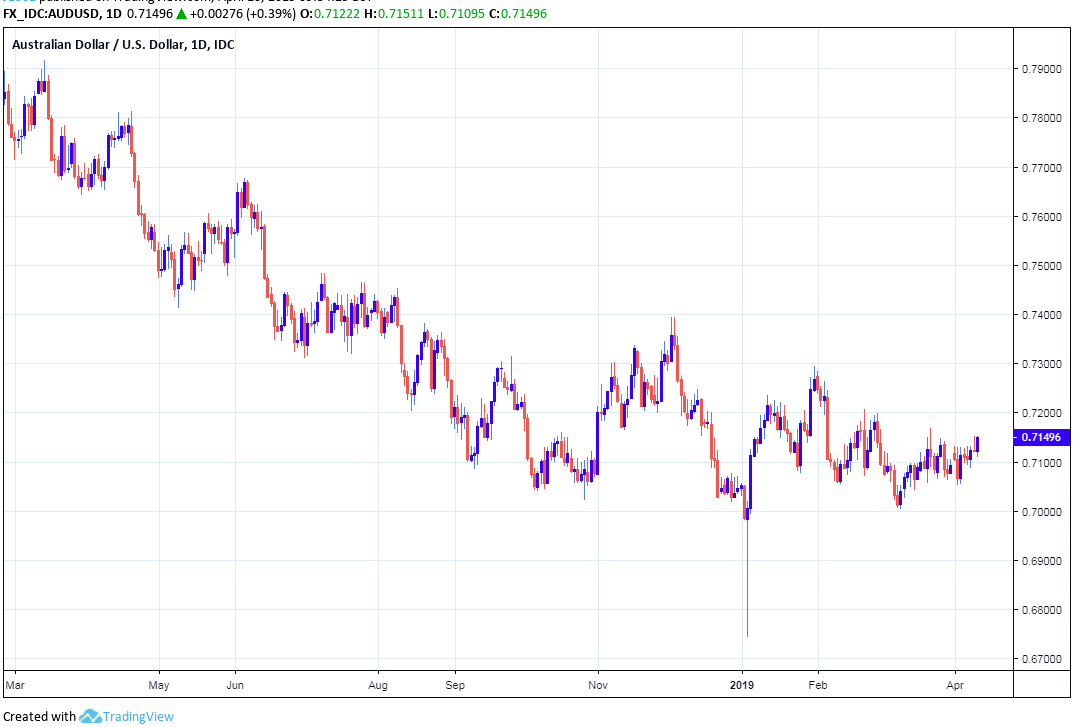 "It is fair to predict that the RBA will cut rates later this year, as most market economists have done.  However, Debelle and the RBA are not yet convinced this will be necessary.  In particular, it appears to need evidence that the labour market is losing momentum, and this may take several months," says Greg Gibbs, founder and portfolio manager at Amplifying Global FX Capital.

At the heart of the RBA's policy pivots is a years-long period of below-target inflation that is currently being prolonged by faltering economic growth. Inflation is a function of demand, among other things, so when economic activity falls it's possible that consumer price pressures will to.

With growth already decelerating, the economy and inflation outlook could both suffer greatly if the labour market was to buckle at any point. However, since the RBA's update last week the government has announced tax cuts that are estimated to be worth around $3.5 billion for the economy.

Those tweaks to personal tax rates, which will support consumer spending and could help keep the labour market growing for a while longer too, are one of the reasons CBA and Commerzbank economists said this week the RBA is unlikely to cut interest rates at all this year or next.

"We do not believe that interest rate cuts by the RBA will be necessary. However, like other central banks, it will maintain a cautious stance in view of global economic concerns and maintain its low interest rates for the remainder of this year. We therefore do not expect monetary policy to provide any significant impetus for AUD exchange rates in the medium to long termm," says Thu Lan Nguyen, an analyst at Commerzbank.

Despite some prominent voices that doubt the odds of an RBA cut coming this year, financial markets are still betting heavily that the RBA will slash its interest rate before the year is out and some prominent analysts are also still bearish in their views on the Aussie Dollar.

"So long as the RBA remains live for cuts in the coming months, and this week’s meeting suggests it is, we view material scope for AUD downside and remain short," says Meera Chandan, a strategist at J.P. Morgan.

Chandan and the J.P. Morgan team forecast the AUD/USD rate will fall to a decade-long low of 0.66 this year. They're also looking for the Pound-to-Aussie rate to reach a post-referendum high of 2.02 before the year is out.

However, Nguyen and the Commerzbank team are looking for the AUD/USD rate to recover back to 0.76 and for the Pound-to-Aussie rate to move sideways around the 1.82 level until year-end.

The Australian Dollar has been relatively stable over recent months, despite the discussion around interest rates increasingly focussing on impending interest rate cuts.

"Despite the firming of the probabilities of a rate cut the AUD has remained quite stable. That probably reflects the commodity environment and the limits to the forward expectations of currency markets," says Westpac in a briefing note to clients.

"Stability at high levels for key commodity prices is providing solid support to the Australian Dollar – indeed the fair value of the AUD as measured by commodity prices, is currently holding well in excess of current spot," say Westpac.